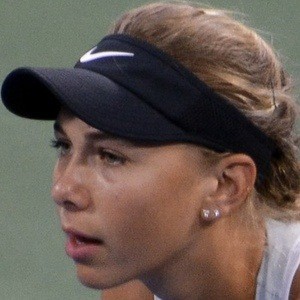 She won her first International Tennis Federation's (ITF) title at 14.

She was ranked as the fifth best junior in the world in 2016.

She was born in Freehold, New Jersey but is of Russian descent.

She and Claire Liu were both top American junior tennis players in 2016.

Amanda Anisimova Is A Member Of