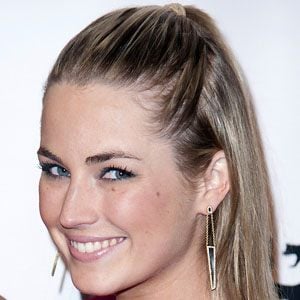 Best known as a cover model for such magazines as Cosmopolitan and International Harper's Bazaar, this great-granddaughter and heir of William Randolph Hearst also worked on the editing staff of Marie Claire magazine and founded an animal protection charity called Friends of Finn.

After briefly attending Boston College and subsequently signing with IMG Models, she completed an undergraduate degree in art history at Fordham University.

She modeled a fashion line created in 2012 by designer Liya Kebede.

She was born in New York City to Richard McChesney and socialite and fellow heiress Anne Randolph Hearst. Her stepfather, Jay McInerney, had a successful career as a novelist.

Her aunt, Patty Hearst, famously participated in a bank robbery after being brainwashed by her kidnappers.

Amanda Hearst Is A Member Of