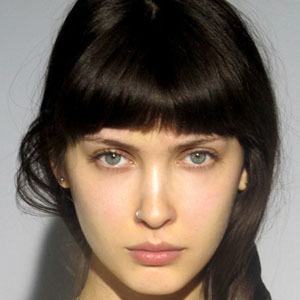 Scottish fashion model who modeled for Balenciaga, Jean Paul Gaultier, Pucci, and Christian Dior and was voted Scotland's Most Stylish Woman in 2011. She later became the face of Topshop.

She attended Airdrie Academy and was scouted in Glasgow Central Station when she was fifteen.

In 2011, bikini pictures of her were pulled by the Advertising Standards Agency because she looked unhealthily thin.

She has a sister named Melissa. She dated musician Oli Sykes for three years. She got engaged to musician JJ Peters in April 2018 after four months of dating. They welcomed their first child in 2019, a daughter named Misha.

In a 2010 interview, she stated that she admired fellow model Kate Moss for her career longevity.

Amanda Hendrick Is A Member Of