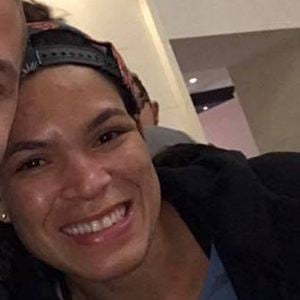 Brazilian fighter nicknamed the Lioness who began her professional career in 2008. She defeated Miesha Tate for the UFC Women's Bantamweight Championship in 2016, becoming the first openly gay champion in UFC history.

She lost in a first round submission during her MMA debut on March 8, 2008.

She won five consecutive fights by knockout after losing her first bout.

She was introduced to Judo by her older sister. She began dating UFC fighter Nina Ansaroff in 2014.

She was scheduled to face Cat Zingano in Strikeforce: Melendez vs. Healy on September 29, 2012, but an injury forced Gilbert Melendez to back out and the fight was cancelled.

Amanda Nunes Is A Member Of