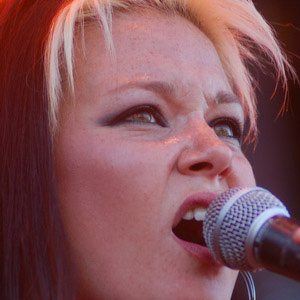 American rock singer known for her eleventh place run on the 2008 season of American Idol.

She earned a nursing degree and worked as a health care specialist.

She released her first solo album, Solidify, in 2008.

She was married Casey Overmyer in 2012.

She was the runner-up to American Idol winner David Cook.

Amanda Overmyer Is A Member Of