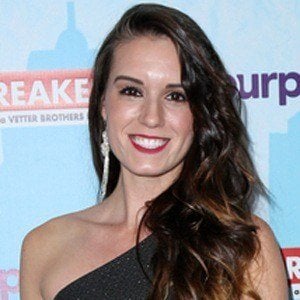 Actress who has been in seen in such films as The Matchmaker, Another Chance, and Fat Chance.

She grew up playing sports and partaking in church activities. She found film was her passion during an acting class in her first year of college.

She worked as a commercial car spokesperson for various car companies. She also worked as a henchman for the Shrek 4-D ride at Universal.

She has two older twin brothers. She'd begin dating her The Matchmaker co-star Wesley Elder in 2016. They married in November 2018.

She acted opposite Wesley Elder in the 2016 film The Matchbreaker.

Amaris Kirby Is A Member Of