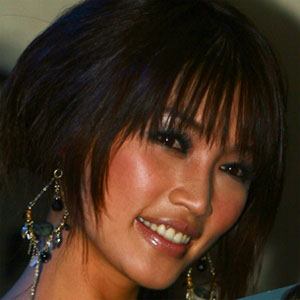 Malaysian fashion model who was chosen as Model of the Year by the Malaysian International Fashion Awards in 2004 and 2005.

She began modeling at seventeen and was a finalist in a competition to find a brand ambassador for Guess watches.

She expanded into acting and appeared in several Chinese films and series, as well as guest judging an episode of Asia's Next Top Model.

She married her manager in 2010 and had one son with him.

Carmen Soo is another well known Malaysian model and actress.

Amber Chia Is A Member Of