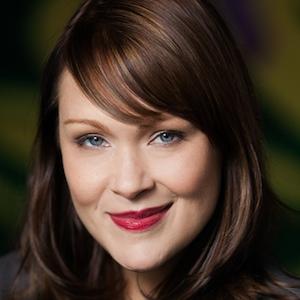 She received a Bachelor's of Science degree in psychology and worked as a counselor for troubled teens at a wilderness camp.

She is known for performing at Dad's Garage Theatre Company in Atlanta, a comedy and improv theatre company. She has also performed improv shows with such comedians as Tim Meadows, Scott Adsit, Kevin McDonald and Colin Mochrie.

She was born in Atlanta and married Kevin Gillese, the Artistic Director at Dad's Garage Theatre, in 2012.

She and Judy Greer's characters' on Archer are frequently paired together because of their comedic ability to bounce off one another.

Amber Nash Is A Member Of