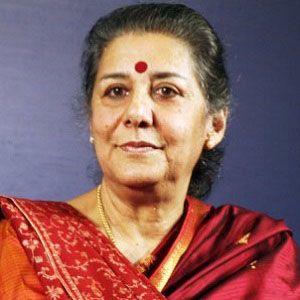 From 2009 until 2012, this Indian National Congress party member served as her country's Minister of Information and Broadcasting. She also served for many years in the Rajya Sabha, the upper house of the Indian Parliament.

Before entering politics in the late 1960s, she earned a master's degree from Delhi University's Indraprastha College; a French language certification from the Alliance Francaise; and a diploma in Spanish literature and art from Cuba's University of Havana.

Between 2006 and 2009, she served as India's Minister of Tourism and Culture.

She and Rahul Gandhi both headed the Indian Youth Congress during their younger years.

Ambika Soni Is A Member Of