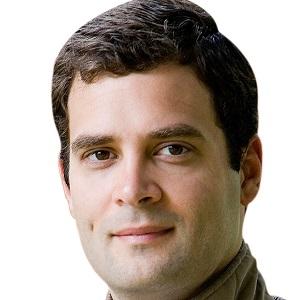 Indian politician and Member of Parliament representing Amethi who became the Vice President of the Indian National Congress in 2013. He is a member of the Nehru-Gandhi family, the most influential political family in India.

He received degrees in international relations and philosophy at the universities of Rollins and Cambridge before working at the Monitor Group, a management consulting firm in London.

He is considered a youth icon and was the leader of the Indian Youth Congress and the National Students Union of India.

His father, Rajiv Gandhi, and his grandmother, Indira Gandhi, were both Prime Ministers of India. His mother is Sonia Gandhi and he has a sister named Priyanka.

His great-grandfather, Jawaharlal Nehru, was the first Prime Minister of India.

Rahul Gandhi Is A Member Of