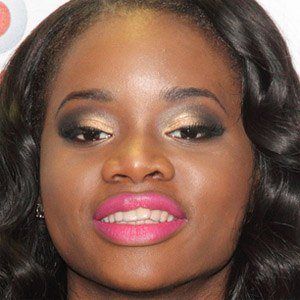 Sierra Leonean singer-songwriter best known for singles like "Need U (100%)," which ranked #1 on the UK charts. She now goes as KABBA.

She was a member of the Sedgehill School choir, where she performed renditions of songs by pop stars like Rihanna.

Her birth name is Aminata Kabba. Her mother worked at a hair salon. She married Vic Jamieson.

She wrote the song "Beautiful Stranger," which was eventually recorded by the K-pop group f(x), featuring singer Krystal Jung.

Ame Is A Member Of