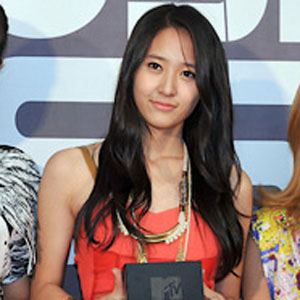 Star of the South Korean TV series High Kick 3 and More Charming by the Day who also performed in the girl group F(x).

She was scouted by S.M. Entertainment and began filming commercials and dancing in music videos in her teens.

She and the rest of F(x) made their debut in September 2009, a day after the release of their first single and the first 40 seconds of the music video.

Her older sister is singer Jessica Jung. She dated singer Kai until May 2017.

She co-starred with Park Ha-sun on the series High Kick 3: Revenge of the Short Legged.

Krystal Jung Is A Member Of