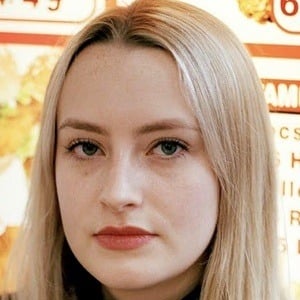 YouTube personality, journalist and comedian who goes on light-hearted chicken dates with the U.K.'s top rap and grime artists as part of her "Chicken Shop Date" series. Her videos have made her a local celebrity, having been viewed more than 195 million times. Her "Chicken Shop Date" series earned her a Streamy Award for Best Indie Series in 2021. Her dates have included famous musicians like Jack Harlow and Ed Sheeran.

Her YouTube channel earned her Student Broadcast Journalist of the Year honors at the 2014 Guardian Student Media Awards. In February of 2022, she attended The BRIT Awards and interviewed celebrities there for her channel.

She has a sister named Zoe.

Her date with AJ Tracey is one of her most popular.

Amelia Dimoldenberg Is A Member Of