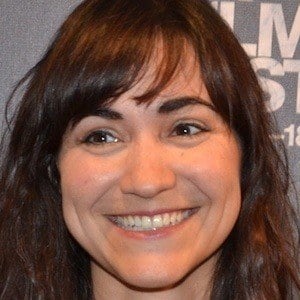 Actress and filmmaker widely known as the writer and creator of Geek Therapy. She is also a prolific voice actress. Some of her notable credits include the Saints Row games, the Monster High cartoons, and the Tinker Bell animated films.

One of her earliest credits was as Betty Cooper in the 1999 series Archie's Weird Mysteries.

She has worked as a stunt coordinator and motion capture artist for franchises like Uncharted, Saints Row, and Transformers.

She was born and raised in Santa Fe, New Mexico.

She has been the stunt double for stars like Angie Harmon and Erin Gray.

America Young Is A Member Of