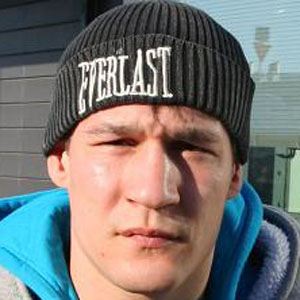 Nicknamed Idi, he is a Finnish EBU Middleweight Champion between 2006–2007 who won the Finnish Middleweight title in 2003.

He was selected as a featured boxer in the hit boxing video game Fight Night Round 4.

He was born to a Moroccan father and a Finnish mother.

His nickname comes from his name's similarity to that of Ugandan dictator Idi Amin Dada.

Amin Asikainen Is A Member Of