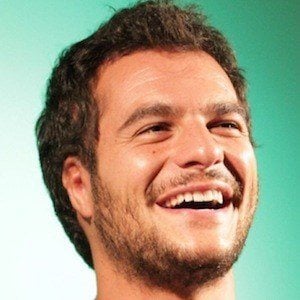 Israeli-French singer who became a finalist on the third season of the singing competition The Voice: la plus belle voix. He has since found success with singles like "Oasis" and "J'ai cherché."

He grew up in the French commune Sarcelles. He immigrated to Israel in 1992.

In 2016, he was picked by public broadcaster France 2 to represent France at the Eurovision Song Contest.

He and David Thibault are both former contestants on The Voice: la plus belle voix.

Amir Haddad Is A Member Of