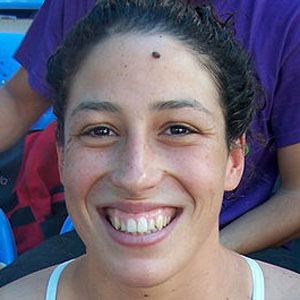 Swimmer who made her Olympic debut at the 2012 Olympics in London.

She was a very successful teen swimmer, winning gold in the 100 meter butterfly at the Maccabiah Games as a 19-year old.

She was part of a controversy in 2013 when she won silver at the FINA Swimming World Cup, but the host nation of Qatar refused to display her nation's flag.

She is the great-grandchild of Miriam Roth, a successful Israeli children's book author.

At the 2012 Olympics she competed in the 100 meter butterfly, which was won by Dana Vollmer.

Amit Ivry Is A Member Of