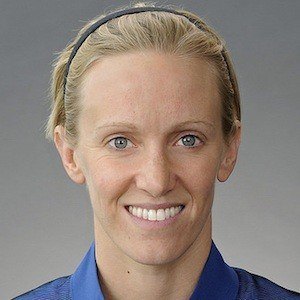 American swimmer and Olympic gold medalist who won her first medal at the 2004 Athens Summer Olympics, and in 2012 won gold for the 100-meter butterfly.

She began swimming competitively at the age of 12.

Dana Vollmer Is A Member Of