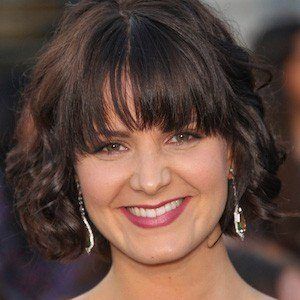 Actress and casting associate, she is known for playing Molly Atwood in the Divergent series starring Shailene Woodley.

After graduating college she worked for a casting agent in Chicago for four years. She has credits in casting for Fox's Empire, Starz's Boss, and the 2013 superhero flick Man of Steel.

For a short while, she quit her casting job because she thought she wanted to be a nurse. While at nursing school, her casting boss called and said she had a script that called for someone with her look, exactly. And that's how she returned to the world of casting and became Molly Atwood in Divergent.

She is of strong Christian faith. She became engaged to her boyfriend in August 2015.

The author of the Divergent series, Veronica Roth, met her and immediately wanted her to play Molly Atwood, no matter what.

Amy Newbold Is A Member Of