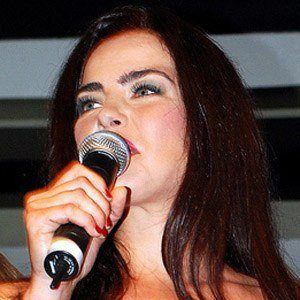 Known for her roles in such Brazilian TV series and telenovelas as Hilda Furacao and Terra Nostra, she won a 2002 Trofeu Imprensa acting award for her role in Esperanca.

She began modeling professionally in Brazil when she was just twelve years old. At the age of fourteen, she relocated to Japan to pursue additional modeling opportunities.

She won a 2004 award for her supporting role in a film titled Celeste & Estrela.

She was born and raised in Sao Paulo, Brazil. She married Henrique Pinheiro in 2010.

She and Tais Araujo both starred in popular Brazilian telenovelas.

Ana Paula Arósio Is A Member Of