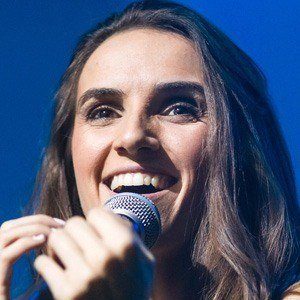 Portuguese singer and songwriter who gained international fame through YouTube. Her album Together was a #1 hit on the MTV Portugal chart.

She began composing and writing when she was ten years old.

Her singles "Electrical Storm" and "Girlfriend" both reached #1 on the charts in Portugal in 2012.

She was born to a British mother and Portuguese father and she grew up in Cascais, Portugal.

She is a contemporary of American singer Lana Del Rey.

Ana Free Is A Member Of