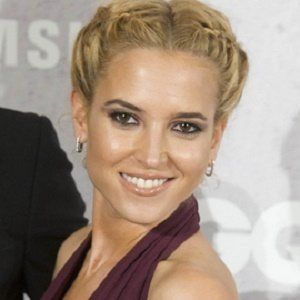 She was 14 years old when she began studying dramatic art. She would start but not finish her pursuit of a degree in advertising and public relations.

She made a notable appearance on stage in the play Helena de Troya.

She is the older sister of Carlos and Maria Garcia.

She, Blanca Suárez and Ana de Armas were featured in the magazines Telva and Vanidad together.

Ana Fernández Is A Member Of