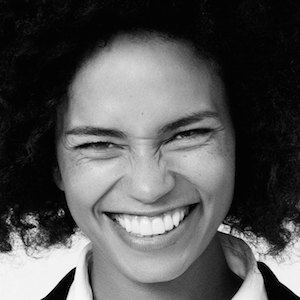 Model, blogger, actress, and television personality, she is known for various print campaigns, such as United Colors of Benetton, MAC Cosmetics, and Victoria's Secret. She is also a host on MTV Portugal and an actress in the Portuguese telenovela A Unica Mulher.

She was approached about modeling on the street when she was 14 years old because of her exotic beauty and grace. She went on to win various modeling competitions nationally, after which she was sent to an international one in Turkey. She won that as well and left with international contracts around the world.

She has been featured in fashion spreads for Marie Claire, Glamour, Cosmo Girls, among many other international magazines and brands.

Her father is from Cape Verde, an island off of the Northwestern coast of the African continent known for its Creole, Portuguese, and African cultural influences. Her mother is Portuguese.

She stars in A Unica Mulher alongside Portuguese television actress Rita Pereira.

Ana Sofia Martins Is A Member Of