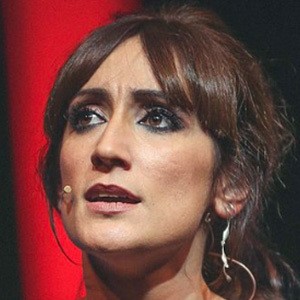 Spanish TV show presenter who rose to fame for her time hosting Buenafuente on La Sexta between 2009-2011. In 2013, she joined the La Sexta comedy TV series Zapeando as a principal host.

She earned her degree in audiovisual communication from Complutense University of Madrid.

She has served as a primary host for the popular TV variety series El Hormiguero since 2015. She appeared in the 2016 film En tu cabeza as a chef.

Her brother's name is Belen.

She appeared alongside star Michelle Jenner in the 2016 film En tu cabeza.

Ana Morgade Is A Member Of