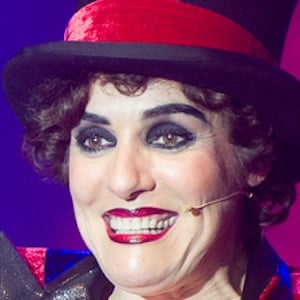 Comedian and television personality known for her role as Diana Freire in the sitcom 7 Lives. In 2018, she replaced Silvia Abril as a panelist on Zero In History, a comedy program on the TV network #0. After appearing as a competitor on the second season of Masterchef Celebrity in 2017, she returned to the show in its third season as a host.

Although she always wanted to pursue acting, she studied tourism at university in order to appease her parents.

She voiced Dory in the European Spanish-language versions of Finding Nemo and Finding Dory.

She is openly gay, and has been in a relationship with her partner since 2013.

Joaquin Reyes, Raul Cimas and Sara Escudero are her co-panelists on Zero In History.

Anabel Alonso Is A Member Of