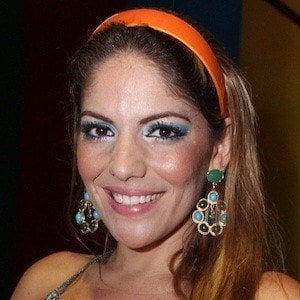 Military police officer and reality television star who is known for her role in both season ten and season thirteen of the popular reality show Big Brother Brazil.

She finished high school and then enrolled in the Military Police Administration. Shortly after her enrollment, she was cast in 2010 to star in the Big Brother Series which changed both her life and career.

In addition to her role in the police force and her acting, she has also published several articles in a variety of magazines including Playboy and Paparazzo.

She was born and raised in Juazeiro, Bahia.

As a contestant on Big Brother Brazil, she can be seen in relation to other competitors of the series including Sabrina Sato, Grazi Massafera, and Kamilla Salgado.

Anamara Barreira Is A Member Of