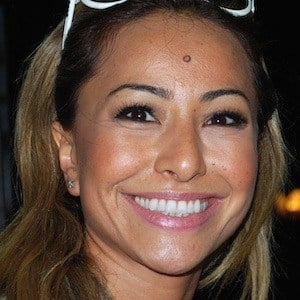 Rose to fame competing on the third season of Big Brother Brasil in 2003. She later went on to star as a reporter for the television spin off of Pânico, a radio show hosted by a comedy troupe on Jovem Pan. She is also the host of the 2014 series Programa da Sabrina.

She earned her first major entertainment credit dancing on Domingão do Faustão in 1989.

She has posted for Playboy Brasil and became the first Asian Brazilian to be featured on the cover.

She was born in Penápolis, São Paulo, Brazil and has two siblings, Karin and Karina. She is currently expecting her first child with fiance Eduardo Nagle Marques in November 2018.

She appeared as a guest on Programa do Jô in 2014, a show hosted by Jo Soares.

Sabrina Sato Is A Member Of