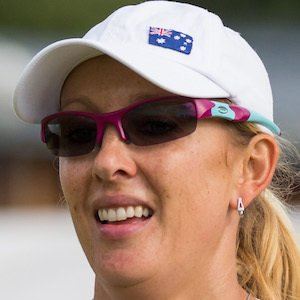 Professional tennis player known for her doubles play, her best finish being the Mixed Doubles finals of the 2003 Wimbledon Championships. She reached the top 15 of the doubles rankings toward the end of 2014.

She started playing when she was seven-years-old and made her pro debut in 1997.

Although she was born in Russia, she moved to Australian in the mid-2000s and is billed as an Australian player.

She was born to Ivan and Natalia. Her sister Arina is a also a professional tennis player.

She's been the doubles partner of Sania Mirza.

Anastasia Rodionova Is A Member Of