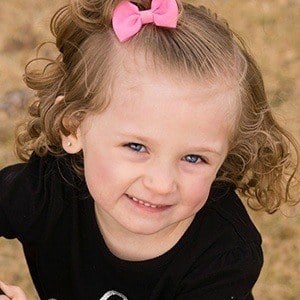 One of twenty children, both biological and adopted, of Jared and Shelly Wallace who is seen on the family's YouTube channel CRAZY MIDDLES. She was officially adopted on May 4, 2017. The popular CRAZY MIDDLES YouTube account has amassed over 173 million total views on its videos.

The CRAZY MIDDLES channel was created in February of 2015.

Siblings Harlan, Aubrey and Addison were adopted in May of 2017 by the Wallaces as well.

Her biological brother Braxton was also adopted by the Wallaces.

Anavaeh Wallace Is A Member Of