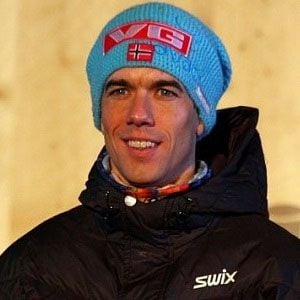 Ski jumper who represented Norway at the 2002, 2010 and 2014 Winter Olympics, taking home bronze medals twice. In 2013 and 2015, he won gold medals at the FIS Nordic World Ski Championships in the individual normal hill and team large hill, respectively.

He was born in Steinkjer, Norway and first competed in the World Cup in 2000-01.

In 2015, he received the Holmenkollen Medal, Norwegian skiing's highest honor.

He and Poland's Kamil Stoch are both FIS Ski Jumping World Cup champions.

Anders Bardal Is A Member Of