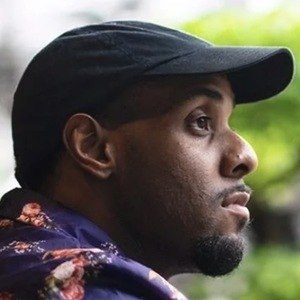 Illustrator and designer who is best recognized for his sneaker prints as well as his cartoon illustrations which he shares through Instagram for his over 20,000 followers. He is also known for posting art tutorials and clips of his comic book collection through TikTok where he has also earned over 1 million followers.

He first started pursuing a career in design in 2009. After being inspired by graffiti and street art, he created his own clothing brand which slowly developed into Bluu Dreams custom art.

He is also known for having collaborated with the ASICS brand to create a G.I. Joe inspired shoe.

Other illustrators also known for posting tutorials and their work through TikTok include Mike Bennett and Kelly Edelman.

Anderson Bluu Is A Member Of