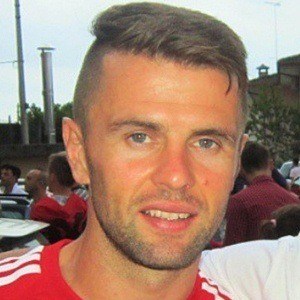 Defender and midfielder who has played for the Greek club PAS Giannina and the Albania national team. He was named in Albania's preliminary 27-man squad for UEFA Euro 2016.

He began his career with Besa Kavajë, where he made his debut in 2002 as a 16 year old. He soon became a regular first team player.

He married Ornela Lila and they have a son together named Ayan.

Lorik Cana has also played for the Albanian national team.

Andi Lila Is A Member Of