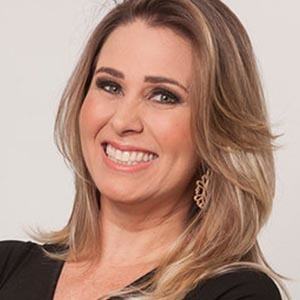 Brazilian actress, singer, and television presenter who is known for her work on the programs Xuxa and Bobeou Dance Program. She is also known for having starred in the Rede Globo series Os Trapalhoesat.

She first started her career as a commercial model in 1986. She then ventured into television when she earned a spot as a presenter of Xuxa.

She appeared as a model in both Playboy and Sexy Magazine in December of 1995 and June of 2002 respectively.

She married fellow singer Conrad in 1989 and together they have two daughters.

Andréia Sorvetão Is A Member Of