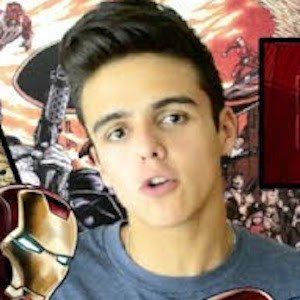 YouTuber who mainly posts content about action/fantasy films and the Marvel fandom.

In June 2019, he attended the Dark Phoenix premiere and took a selfie with Jennifer Lawrence.

Andrés Navy Is A Member Of