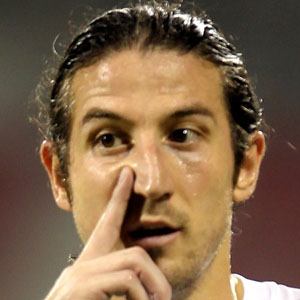 Defensive midfielder who began his second stint with Esteghlal in 2013 after spending a year with Al-Kharitiyath. He became a member of the Iranian national team in 2005.

He began his youth career with Ararat Tehran in 1998 and debuted professionally for Oghab in 2002.

He and fellow midfielder Karim Bagheri were teammates on the Iranian national team from 2005 to 2010.

Andranik Teymourian Is A Member Of