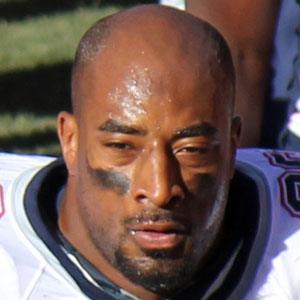 NFL defensive end who was drafted 7th overall in the 2001 draft.

He was a first team All-American as a senior in High School.

He made the Pro Bowl in 2011 as a member of the New England Patriots.

He married Bethany Carter and the two have a son.

He starred as a New England Patriots under coach Bill Belichick.

Andre Carter Is A Member Of