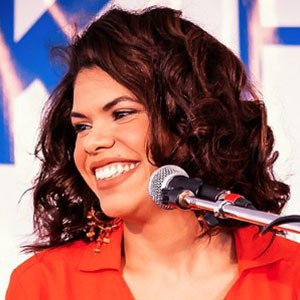 World singer best recognized for her popular singles "Ay Lero Lero" and "Eta Que Ta Aqui". She is also known for having signed to Iaso Records and has performed in clubs throughout the US, Cuba, and the Dominican Republic.

She first started performing as a singer at 14 and quickly started appearing in commercials providing jingles. She then moved to New York at 21 to further pursue her career.

She is also known for her work as a school teacher for children who have special needs.

She was born and raised in St. Croix and was influenced as a singer by her mother.

In an article for All Music, she listed her early influences as singers Juan Luis Guerra and Ella Fitzgerald.

Andre Veloz Is A Member Of