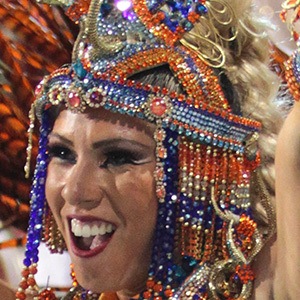 She first started performing in samba parades in 2006 with a samba school in Rio de Janeiro.

She is known for having won the Rainha da Bateria of Mocidade in 2010 which allowed her to lead the parade at the Rio de Janeiro Carnival in 2011.

She is known for having dropped out of the Imperio de Casa Verde and GRES Unidos de Vila Isabel to dedicate time to raising her son Rinhaldino.

She shared a photo with fellow model and dancer Vanessa Garcia through Instagram in September of 2018.

Andrea de Andrade Is A Member Of