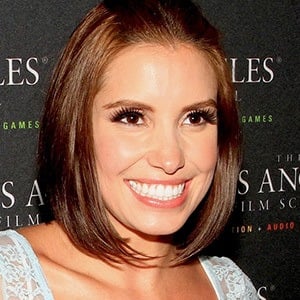 Versatile entertainer whose work consists of television acting and presenting, modeling and singing. She was part of the TV Azteca world and has acted in programs such as Y mañana será otro día mejor and Machos.

She was just three months of age when she first appeared on television screens in Televisa's telenovela Seduccion. She studied cinema at Arte7 as well as script writing and classical theater.

She became a columnist for Diario Basta in Mexico and has worked as a businesswoman as well. Her andy_escalona Instagram account has 2 million followers.

Her mother was TV producer Magda Rodríguez. She has a son named Tomasito.

She acts alongside Angelica Vale in the series Y mañana será otro día.

Andrea Escalona Is A Member Of