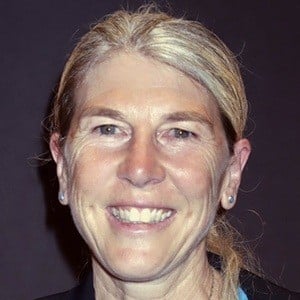 Former World No. 2 women's tennis player whose career was cut short by injuries at the age of 19.

She won 13 junior titles by the time she finished high school.

She had her best career moment in 1983 when she crushed Billie Jean King 6-1, 6-1 in the Wimbledon semi-finals.

She joined a conventry and became an Anglican Dominincan nun after her retirement.

She was defeated by Martina Navratilova in the French Open and Wimbledon finals, both times in straight sets.

Andrea Jaeger Is A Member Of