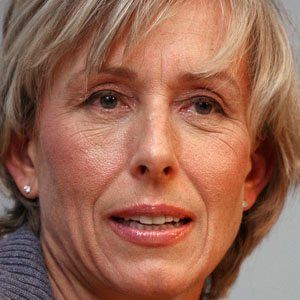 Tennis legend who won twenty Wimbledon tennis titles including singles, doubles and mixed doubles. She won singles titles across all four grand slam tournaments and was ranked world number one in singles for 332 weeks during her career.

She competed on Dancing With The Stars with singer Gladys Knight.

Martina Navratilova Is A Member Of