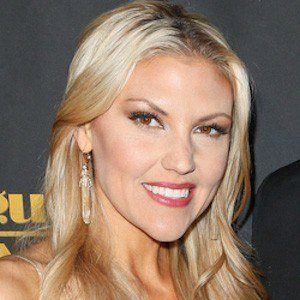 Actress best known for playing Izzy in the 2014 film Moms' Night Out.

She was bitten by the acting bug while taking a theater class at Mira Costa College.

In addition to her acting career, she competed on the second season of Fear Factor, nearly winning the grand prize.

She was born in Illinois and later moved to San Diego with her father. She married actor and screenwriter David A.R. White in 2003. Together the couple had three children.

Andrea Logan White Is A Member Of