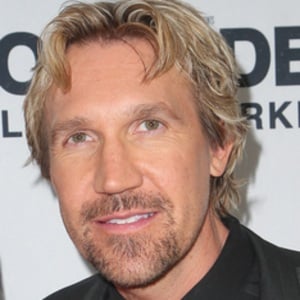 Actor, screenwriter, and producer best known for his portrayal of Reverend Dave in the 2014 film God's Not Dead. His production company, Pure Flix Entertainment, has become known for its Christian-themed content.

He earned his first major acting role at nineteen opposite Burt Reynolds in the CBS series Evening Shade.

He was nominated for The Movie Guide Awards' Best Actor for his role in the 2000 film Mercy Streets.

His wife, Andrea Logan, played the part of his character's wife in the 2009 film In the Blink of an Eye.

He appeared alongside Chuck Norris in the film adaptation of Frank Peretti's Bells of Innocence, called The Visitation.

David A.R. White Is A Member Of