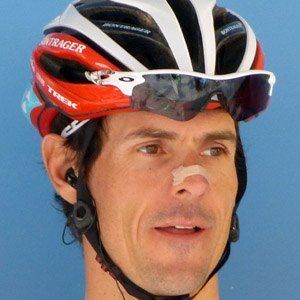 Former professional cyclist from Germany who won a bronze medal at the 2000 Olympics. He finished as the runner-up at both the 2004 and 2006 Tour de France.

He was born in Mittweida and finished third at the Under-23 World Time Trial Championships in 1996.

He lost the Tour de France title to Pieter Weening by the smallest margin in history, 0.0002 seconds.

He cited his desire to spend more time with his wife and daughters as his reason for his retirement from cycling in 2013.

He and Chris Horner both raced for Team Radioshack during their careers.

Andreas Kloden Is A Member Of