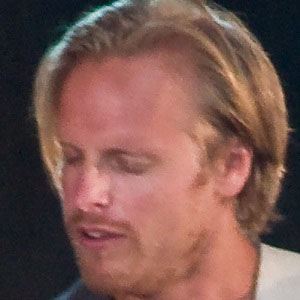 Swedish guitarist and songwriter who became one of the most sought after song writers and producers in Sweden.

He studied music at the Royal College of Music in Stockholm after first learning how to play the guitar at age eight.

He has written several songs for the popular Korean girl group Girls Generation, including several songs off their Gold album Love & Peace.

He was born and raised in Stockholm.

He has recorded music with fellow Swedish musician Robyn.

Andreas Oberg Is A Member Of