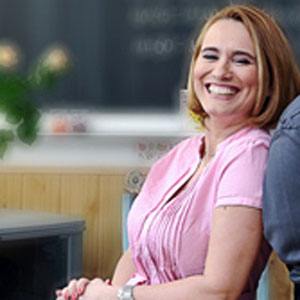 Romanian journalist who began reporting for Pro TV at the network's inception. She won the award for best news anchor in Romania three years in a row.

In 1990, she finished her degree in journalism.

She was born and raised in Bucharest, Romania. Her marriage to Alexandre Eram produced two children.

Before returning to her native Romania, she trained at CNN, the network for which Anderson Cooper worked.

Andreea Esca Is A Member Of