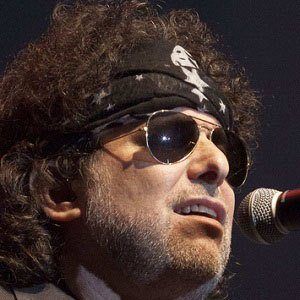 Argentine musician who won a Latin Grammy and was part of the successful Spanish band Los Rodriguez. He has become a rock icon in Argentina.

He was a guest artist when he was seventeen years old on the album of the group Raices before starting his own band, Elmer Band.

He released an album of tango covers called El Cantante in 2004. His 2013 effort was titled Bohemio.

He grew up with his family in Buenos Aires, Argentina.

He has collaborated with Diego Maradona on music.

Andrés Calamaro Is A Member Of