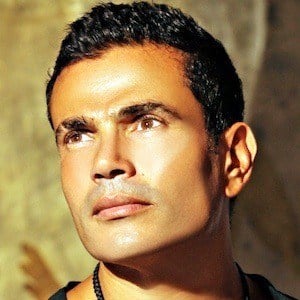 Known as the Father of Mediterranean Music, he is an Egyptian geel music singer and composer who has sold more than ten million albums worldwide.

He released his first album, Ya Tareeq, in 1983 and gained popularity with songs like "Habibi."

He has been married twice, first to Shereen Reda, then to Zeina Ashour. He has four children across the two marriages, including social media stars Kinzy and Jana Diab.

His song "Wala Ala Baloh" has been featured in multiple films, including the 2012 Sacha Baron Cohen comedy The Dictator.

Amr Diab Is A Member Of