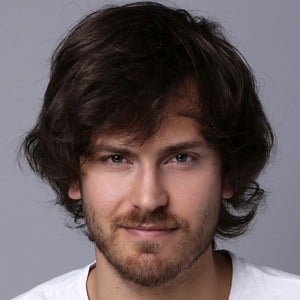 Model, actor, and media personality known for his appearance in and winning of the Italian reality TV series Ballando con le Stelle (Dancing With the Stars). It aired on RAI 1, and ran from January 7th through March 17th, 2012.

His acting career began in 2007 when he was cast in the Argentine soap opera Patito Feo. He appeared as Bruno Molina over the course of 247 episodes between 2007 and 2008.

In 2009, he starred in the telenovela Incorrigable. He made his film debut in 2014 in the film Say Yes.

He was born and raised in San Isidro, Argentina.

He appeared on Dancing with the Stars with Alex Belli.

Andrés Gil Is A Member Of