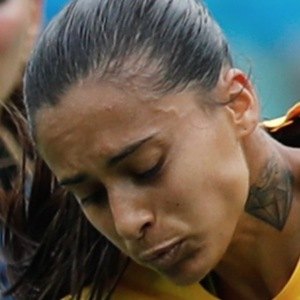 She began her career playing for CA Juventus and eventually transferred to Centro Olimpico. She then switched to Ferroviaria in May of 2013. She started playing for Brazil's Under 20 national team and in 2012 moved up to their first national team.

At the 2015 FIFA Women's World Cup, she is known for being the only scorer in Brazil's group match against Spain which secured their place in the second round.

She shared a photo with famed sports journalist Thiago Asmar to her Instagram in April of 2018.

Andressa Alves Is A Member Of